There’s still a belief that liveable wealth is only achieved by an individual’s level of financial knowledge, planning, and capability. A “bootstraps” narrative.

I don’t think that’s the full picture. I believe that the key to sustainable personal financial well-being starts at the systems level, which is why I am advocating for a systems level change.

The good news is we’ve already taken the first steps. With precedents from retirement and health savings to financial education and literacy, lawmakers have already made a commitment to promoting the short- and long-term financial security of Americans.

The government is already spending money to promote the financial security of its citizens, which in turn is core to the long-term viability of our nation.

For example, take retirement savings. It’s one of the government’s biggest tax expenditures. Between tax benefits for employer-sponsored defined contribution plans and defined benefits plans, and even reduced tax rates on dividends and long-term capital gains, the US government spends an estimated  ~$300 billion every year to help boost financial security for those entering retirement.

That’s more than most welfare combined, including the Earned Income Tax Credit.

This all sounds great, right? It is! Retirement is important, and the ability to retire comfortably is a central concern for many middle-class Americans.

But what about the nearly half of Americans who don’t have access to retirement plans at work? Or the 40% that still struggle to handle a $400 emergency today.

The truth is, focusing policy only on retirement savings is unintentionally excluding the people who need financial security the most.

Our Current Financial Security Policies Are Leaving People Behind

When we focus our policies (almost) exclusively on retirement savings, we leave people behind. This unbalanced focus on retirement unintentionally benefits the top decile of earners, the ones who can actually afford to max out their retirement contributions and who may not need to use those funds for an emergency.

For example, the latest 401(k) contribution limit increases announced by the IRS were widely celebrated in media. However, it turns out according to Fidelity (the largest retiremeny savings recordkeeper in the nation) that roughly only one in ten 401(k) plan participants maxed out their contributions in 2021.

Compare that to nearly half of all working Americans meanwhile who still lack access to employer-sponsored retirement savings.

While retirement is important, we know lots of people aren’t focused on how to pay for things twenty or thirty years from now; they’re focused on paying for rising costs and other emergencies tomorrow or next week.

And that financial vulnerability impacts retirement assets too: our Workforce Financial Well-being Report found that 17% of people would dip into their retirement savings to cover an unexpected $400 expense, with a larger percentage for bigger expenses.

But instead of using policy to help earners build up their emergency savings—the same way we’ve used policy to help boost retirement savings—our policy thus far has overfocused instead on interventions like financial literacy.

When it comes to most of us earning less than six-figure wages, financial stability is treated like an issue of personal responsibility rather than structural opportunity and systemic policy.

This plays it out in predictable ways: lower-income earners perform worse across all savings metrics, and they take on more debt. The data also reveals disparities by race and ethnicity.

As a country, we want and need our citizens to have financial security and freedom. But by focusing almost entirely on retirement or financial literacy, the way it’s executing against that goal is unintentionally exclusive.

As I mentioned above, promoting financial security is a goal we already share as a country. But if we’re only prioritizing some people, our policies aren’t working.

We need to reshape American financial policies to be more inclusive and equitable. To do that, we need to:

We need to put financial security and stability for all—a core American value—at the center of our policies.

Read how we are embedding values in our own emergency savings approach at Sunny Day Fund, and how policy can leverage those values as well.

Shoutouts to Stakeholders Setting the Pace

Finally, I want to spotlight a few organizations that are putting their values first and working to create a more financially inclusive future for all.

The Aspen Institute’s Building Inclusive Financial Systems and the Good Companies/Good jobs Initiative are both programs dedicated to building financial systems that are more structurally inclusive and promote financial resilience. Their work on racial and wealth gaps in 401(k)s, in collaboration with Morningstar and DCIIA, is one to support (and participate in if you’re an employer).

The OneTen is on a mission: “to hire, promote, and advance one million Black individuals who do not have a four-year degree into family-sustaining careers over the next ten years.” After their first year in action, they’ve already placed 17k candidates in qualified roles. Normalizing a degree-less future will unlock a quicker path to immediate financial stability.

Alongside an immediate path to financial stability must be a way to build wealth. Ownership Works is a non-profit organization created by private equity partners who have taken a commitment to enable broad-based employee ownership in their portfolio companies while meeting their immediate financial needs. The initiative seeks to create $20 billion of worker wealth in ten years.

Separately, Ownership America is a policy-focused non-profit that’s making it easier for employees to become owners, and has already had great wins in states like Massachusetts.

Sid Pailla wrote this post as a two-part reflection piece, the contents represent Sid’s opinions on guiding principles that could be used to craft systems change. For all questions or comments, please contact him directly over LinkedIn or email. 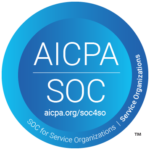 Will you help us make your day sunnier?

Unfortunately, these cookies are not the baked kind! These optional cookies will help us improve your experience on our website and we don't turn them on without your permission. If you'd like to learn more or adjust your preferences, please click on "Modify".

This website uses cookies so that we can provide you with the best user experience possible. Cookie information is stored in your browser and performs functions such as recognising you when you return to our website and helping our team to understand which sections of the website you find most interesting and useful.

These cookies enable the website to provide enhanced functionality, personalization, and analytics. They may be set by us or by third party providers whose services we have added to our pages. If you do not allow these cookies then some or all of these services may not function properly.